Storyteller's owner and principal creative is Richard Jellerson. During the filmmaking process professional dedicated craftsmen are engaged from various disciplines and guilds by Storyteller. Surrounded by talented creative individuals, ideas and input flowing, the films come to life. 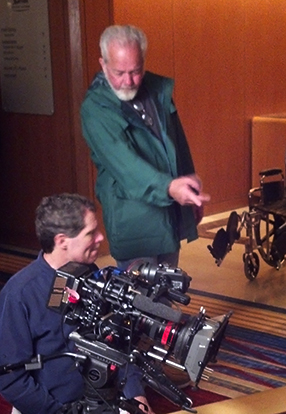 After growing up in Southern California Jellerson served two tours in Vietnam as an Army Helicopter Pilot. The first tour was combat with the 116th Assault Helicopter Company. His second tour he served as General Abrams personal pilot. Four Star General Abrams replaced General Westmoreland as Military Commander of all forces in Vietnam. He received a Bachelor of Business from Cal State University Los Angeles in 1975 then did a year of law school before gravitating toward addressing a compelling thirst to be creative.

Blustering his way into the advertising industry by convincing a small agency in Seattle that he could write he then learned the craft of filmmaking by writing, directing and producing commercials and corporate films. The last few years has seen his focus shift to doing documentary films exclusively including a two hour special for The History Channel.

Storyteller can produce documentary or corporate films, either our own project or works for hire, from concept to full production.

All elements and aspects of filmmaking are available individually: concept, script writing directing, and producing, principal photography to edit to music, voice over, special effects and delivery to master.