Tale of a City

Every city in the world has a history, puzzles, mysteries, challenges and growth.

Sometimes these back stories are bizarre, sometimes fantastic, some even world- changing.

Tale of a City is an animated and computer generated program that, as a series, will tell the story of cities around the planet. At one city per episode, the bed of this series will be created by morphing all of each city's own maps. From the earliest primitive cartography to the latest satellite imagery we will watch a city grow from its earliest settlement to its maturity.

Through the years a cities grow. Maps are created reflecting those changes. Registered for scale these many maps will morph from one to the next in chronological order forming the bed of the program. These maps of different hue and detail will illustrate accurately the city's evolution, history and growth. We travel through history with these maps triggering an historically accurate but entertaining narrative. 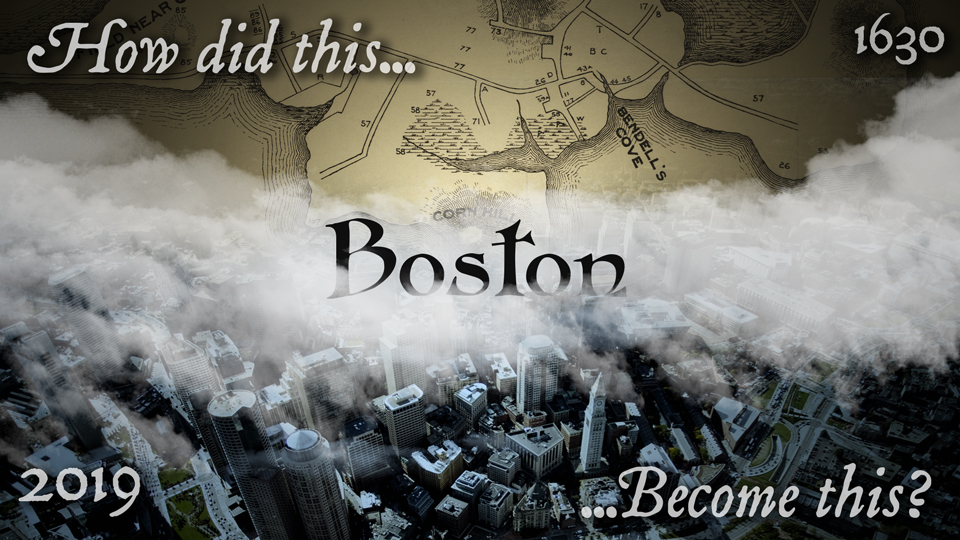 Computer animation and the script will illustrate and speak to specific events in Boston's history. Illustrated events would include well known aspects of the city as well as the more arcane.

The script will be historically accurate as we see the program as educational. However, the program has the capacity to be enormously entertaining as well.

The narrative style will be listenable, entertaining, and rich with anecdote.

NOTE: The 1960's successful animated programs "Rocky & Bullwinkle", "Peabody's Improbable History" and "Fractured Fairy Tales", were known for quality writing and wry humor. This narrative style will be emulated in "Tale of a City's" scripts. Mixing puns, cultural and topical satire, and self-referential humor the goal is to appeal to adults as well as children.

NOTE: This program does allow for the creation of perhaps two animated characters. These two explore the past and through their banter, tell the story of each city.

NOTE: Highlights and some lesser known facts about Boston for scripting and animation.

Founded on September 17, 1630, the city is named after Boston, England, a town from which several prominent colonists originated.

Boston would eventually become the "Cradle of Democracy." But in 1660 Mary Dyer was hanged there because she was a Quaker, a banned faith. Mary is considered the last religious martyr in North America.


A modern city is not usually created as a symphony by a trained and brilliant composer. Most of the world's great cities started as merely a tune, often only whistled at first, by an unknown man. Then perhaps, someone else hummed the tune, added a chorus and again another added words. Rarely do we see our planet's cities from their inception, rigidly planned and orchestrated.

There are few exceptions of course like Salt Lake City, Utah. Neighborhoods were designed and avenues laid out like spokes on a wheel by the earliest city leaders. Even when a city is laid out, the vision of its ultimate growth is often lost on the original planners.

Seattle for example, was carefully laid out by two opposing engineers starting from different reference points. Their legacy snarls traffic in that town to this day with streets intersecting down town at fifteen-degree angles.

So who whistled the first tune? Why did that first fur trader stop in what is now Des Moines? Why did others not only stop...but stay? Was Albuquerque really started because a Conestoga wagon picked that spot to break down? The family the wagon held then converted the timber into a shack to live through the winter? If so, what turned it later into a settlement? Then a town? Then a city?

At the confluence of two mighty rivers as in the case of Saint Louis, it is easy to see for reasons of commerce and travel, why the city started there. London, Budapest and Paris were all established on rivers because of early commerce. But why did they grow the way they did? What determined the direction of growth geographically, spiritually, or legally? What factors affected and influenced their growth?

Why did cities grow or not grow in any given direction?

What did Fort Worth look like when it was only a fort?

The visual portrayal of "Tale of a City" will include computer graphics and animation illustrating each city's growth as well as interesting points along the way. Using a seamless orchestration of everything from original settlement renderings and maps, to today's high-resolution satellite photos, to archival stills and footage, the visual style is a captivating, visual treat.

The visuals, Maps, CGI and animation will convey with astounding clarity, the juxtaposition of the world's earliest one-home settlements with today's modern mega-cities.

The stories are diverse and fascinating. The program will be entertaining and educational.

And, as a series, "Tale of a City" will have a nearly inexhaustible supply of subject matter.